Universal Insurance Holdings, Inc. Chairman and Chief Executive Officer Sean P. Downes commented: “While our bottom line results for the third quarter were materially impacted by Hurricane Irma, we still delivered a 9.2% return on average equity for the third quarter and a 23.0% ROE for the first nine months of 2017. These results are a testament to the fundamental strength of our business model, including the benefits of our vertically integrated structure, our conservative reinsurance program, our focus on maintaining high underwriting standards, our superior claims handling abilities, and our exceptional catastrophe response team. We reported excellent top line growth during the third quarter, and continue to focus on producing profitable and rate-adequate organic growth within Florida and through our Other State expansion, while growing our unique direct-to-consumer platform, Universal DirectSM, and leveraging our vertically integrated structure to deliver better service to our policyholders. Universal weathered the storm that was Hurricane Irma well in the third quarter, and we remain well positioned to deliver outstanding value to our shareholders going forward.”

Direct premiums written grew 13.6% from the prior year’s quarter to $274.7 million, with 10.5% growth in our Florida book and 38.8% growth in our Other States book. Our organic growth strategy within our home state of Florida remains on track, and our organic geographic expansion efforts within our Other States book continue to produce results. Additionally, we note that third quarter 2017 results include an increased level of both new and renewal business within our Florida book surrounding Hurricane Irma. For the quarter, net premiums earned grew 9.4% to $174.5 million. Commission revenue and policy fees each produced double-digit growth, up 15.2% and 15.0% versus the prior year’s quarter, respectively, driven by increased premium volume and continued geographic footprint expansion, while other revenue was flat with the prior year’s quarter.

The net combined ratio was 99.5% in the third quarter of 2017 compared to 80.4% in the prior year’s quarter. The reduction in underwriting profitability was driven by an increase in the loss and loss adjustment expense ratio, partially offset by a reduction in the general and administrative expense ratio.

Net investment income grew by 33.9% from the prior year’s quarter to $3.1 million, driven by the increasing size of our investment portfolio and a shift in asset mix. Net realized investment gains were $0.8 million in the third quarter of 2017, compared to net realized gains of $0.1 million in the prior year’s quarter. Total unrestricted cash and invested assets grew to $1,017.8 million at September 30, 2017 from $880.4 million at June 30, 2017 and $849.1 million at September 30, 2016. Unrestricted cash and cash equivalents as of September 30, 2017 increased by $120.7 million compared to June 30, 2017, primarily related to payments received from reinsurers for claims related to Hurricane Irma.

During the third quarter, the Company repurchased 406,266 shares for $9.0 million, or an average cost of $22.07 per share, nearly exhausting our prior share repurchase authorization. The Board of Directors has approved a new share repurchase program under which the Company may repurchase up to $20 million of its outstanding shares of common stock through December 31, 2018.

Universal Insurance Holdings, Inc., with its wholly-owned subsidiaries, is a vertically integrated insurance holding company performing all aspects of insurance underwriting, distribution and claims. Universal Property & Casualty Insurance Company (UPCIC), a wholly-owned subsidiary of the Company, is one of the leading writers of homeowners insurance in Florida and is now fully licensed and has commenced its operations in North Carolina, South Carolina, Hawaii, Georgia, Massachusetts, Maryland, Delaware, Indiana, Pennsylvania, Minnesota, Michigan, Alabama, Virginia, New Jersey, and New York. American Platinum Property and Casualty Insurance Company (APPCIC), also a wholly-owned subsidiary, currently writes homeowners multi-peril insurance on Florida homes valued in excess of $1 million, which are limits and coverages currently not targeted through its affiliate UPCIC. APPCIC is additionally licensed and has commenced writing Fire, Commercial Multi-Peril, and Other Liability lines of business in Florida. For additional information on the Company, please visit our investor relations website at www.universalinsuranceholdings.com.

This press release may contain “forward-looking statements” within the meaning of the Private Securities Litigation Reform Act of 1995. The words “believe,” “expect,” “anticipate,” and similar expressions identify forward-looking statements, which speak only as of the date the statement was made. Such statements may include commentary on plans, products and lines of business, marketing arrangements, reinsurance programs and other business developments and assumptions relating to the foregoing. Forward-looking statements are inherently subject to risks and uncertainties, some of which cannot be predicted or quantified. Future results could differ materially from those described, and the Company undertakes no obligation to correct or update any forward-looking statements. For further information regarding risk factors that could affect the Company’s operations and future results, refer to the Company’s reports filed with the Securities and Exchange Commission, including Form 10-K for the year ended December 31, 2016 and Form 10-Q for the quarter ended June 30, 2017. 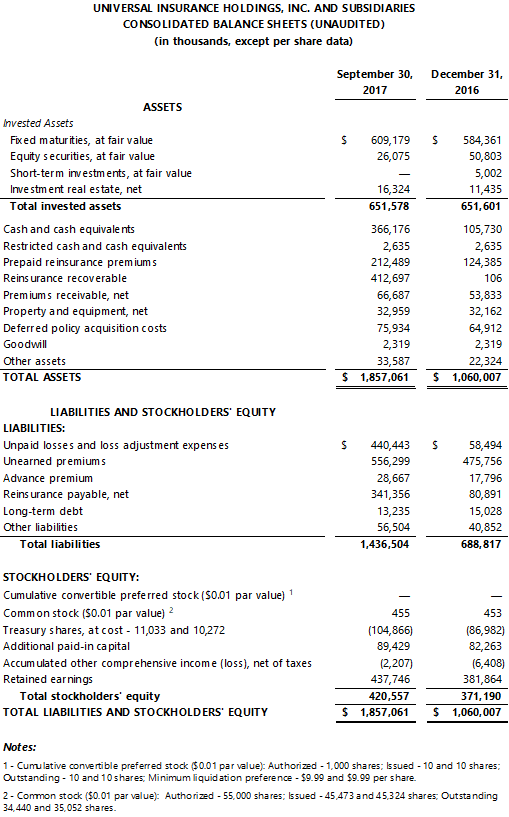 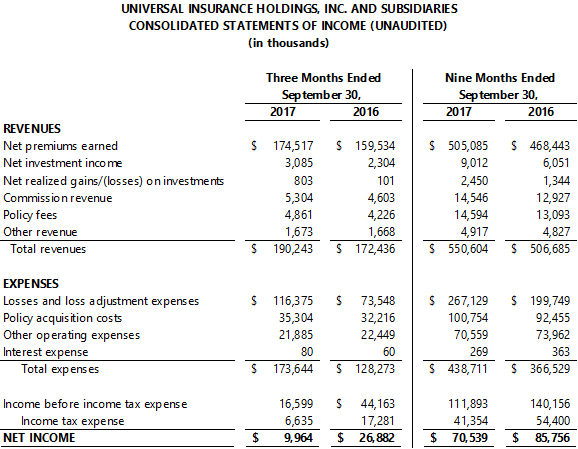 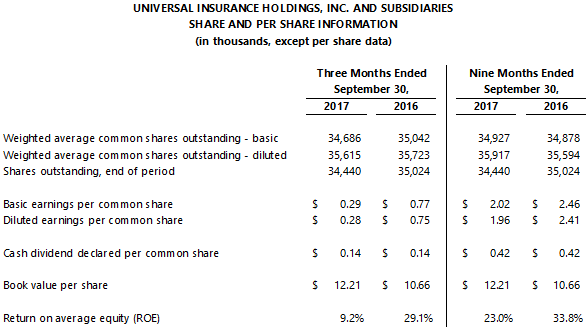 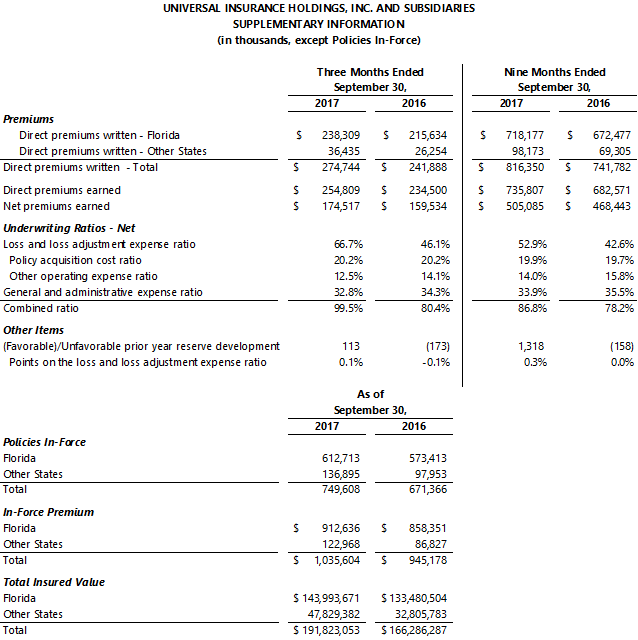